Boarding the train in Civitavecchia, Italy, on my way to explore Rome for the first time, I was prepared for the long day ahead.  Having organized my own shore excursion to save money, in lieu of purchasing one through Royal Caribbean, I was aware of the strict timeline for my traveling companion and I.  Twelve hours to make our way to Rome, explore and return.  I had purchased train tickets in advance and the trip was approximately 1 1/2 hrs, each way.  The first stop was Vatican City and I was surprised by how quickly we were able to gain entry.  Unfortunately we weren’t able to see St. Peter’s Basilica because the Pope was going to speak.

We quickly walked out of that Country and entered Rome!  Next…we crossed the Tiber River.  Side note:  I was using someone else’s camera…mine had broken!

This is where the fun started.  Although we were equipped with three maps, locating the Pantheon was not happening.  I’m usually very good with maps.  I started asking people for directions.  My theory from years of traveling is that unless you get a gut feeling someone’s directions are really good…ask someone else…which I did…again and again…so we arrived at the Pantheon (which I didn’t post a picture of).

Multiple people were responsible for our arrival to the Trevi Fountain…which we tossed a coin into standing backwards.  That way you are assured you’ll return to Rome!

We were guided by a few kind souls to the Spanish Steps…which we didn’t climb attempting to conserve energy for all of the walking! 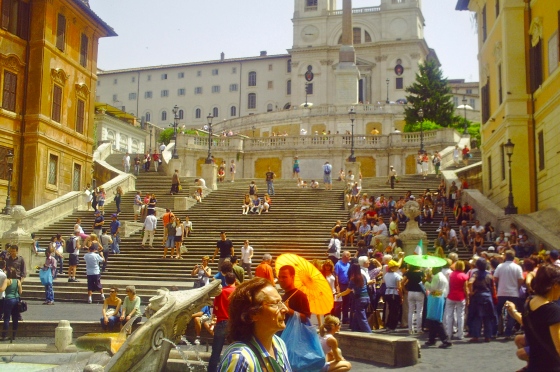 I’m not sure what or where this was…but it had nice light!

Finally, armed with directions from the friendly locals, we headed towards the Coliseum.

You can almost imagine yourself living back in the “hey day” of the Roman Empire! 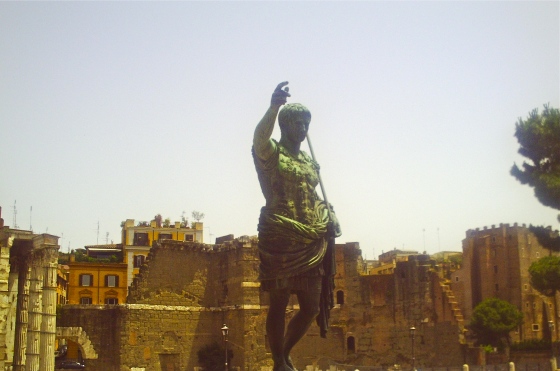 Rome was a City that surprised me for a variety of reasons.  I was surprised that you’re just walking along and then the Coliseum is…just there…I thought it would be farther outside of the City!   I did so much research on the flight, cruise, train travel and hotels that I didn’t research every City – I guess it’s nice to be surprised sometimes!

For some reason, I thought Rome would be a bit “dirty” and be more crowded, but it wasn’t!

Tomorrow we skip over to Croatia…one of my favorite places!

33 thoughts on “The “Art” of asking directions in Rome”